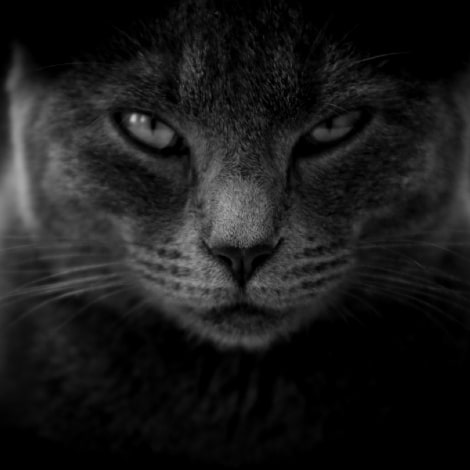 A long time ago, our little dog, Sally, managed to escape from our home. She was old and blind and the inevitable happened when she was hit by a passing car. For months afterwards, I heard her clickety claws tapping and scraping on the hallway tiles as she walked from the kitchen to the living room. Gradually, the sounds disappeared and I felt as though she had finally left. So, is it true? Do ghosts of pets exist?

We are told that only humans have souls, but anyone who has been owned and comforted by a pet knows that animals have souls too. Old Sal always knew when I needed her near me to help deal with some upset. Ever so gently she would place her paw on my knee as if to say, “It’s OK, I’m here.” I believe that sound of her clickety claws was simply her letting me know she was still around if I needed her.

It’s reasonable to assume that often the bond between human and animal is as strong as that between people. Sometimes stronger, because the love we get from our pets is pure and unconditional.

The Spirit of Sandy Never Left

Nina’s dog Sandy had a lovely life and died peacefully in her sleep just before her 17th birthday. Of course Nina had known that Sandy’s passing was imminent but she was still shocked and in a state of grief. She says that her soul refused to let Sandy go and she continued to talk to the dog as if she was still around.

One day, Nina, picked up Sandy’s old ball and placed it on the floor. She said, “C’mon, Sandy, let’s play.” To Nina’s astonishment the ball began to move, rolling along the floor exactly as though it was being propelled by a small, damp doggy nose. Then it rolled some more and Nina felt the light sensation of fur brushing her leg. Later that night, she was woken by something gently biting her big toe. She could feel the little teeth at the base of her toe and on top. Just like Sandy used to do in the morning to wake her. Since that day there have been no doggy hauntings, but Nina draws great comfort knowing Sandy is still around.

Husband is Now Convinced that Ghosts of Pets Exist

Carrie-ann and her family moved into a new property a couple of years ago. They have a dog but it lives in a kennel in the yard. Shortly after moving in, Carrie-ann glimpsed a small white shape slipping past the kitchen door. She initially thought that their dog had got into the house but when she checked, the dog was sleeping in its run. She saw the same thing occur a few times, always at around noon, and suspected the home was haunted by a little dog. She mentioned it to her husband but he just laughed.

One day, Carrie-Ann’s stepdaughter was staying for the weekend and had brought her small terrier with her. While the family was in the middle of an early lunch, the terrier came into the room and jumped on the child’s lap. Her dad was just about to tell her to remove the terrier when he caught sight of what appeared to be a small white poodle darting past the open door. It was 12 noon. Now he won’t sit anywhere in sight of the open door and is terrified of seeing the dog ghost again. Carrie-Ann laughs it off saying that she quite likes the idea of a spectral doggy companion.

Daisy was lying in bed reading when she felt her cat jump on the bed and nestle by her feet. She could feel the animal purring and said she was happy because her cat rarely snuggles up to her. For some reason, something caused her to look up and she saw her own cat sleeping on a chair nearby.

Another time, she was walking up the path to her home with her cat playing alongside. Her cat suddenly stopped like a statue, arched her back and fluffed up her tail. Their neighbor’s black cat came zooming past, closely followed by a white, misty, shimmering, cat-sized shape that evaporated before her eyes.

Why Do the Ghosts of Pets Hang Around?

Stories of pet hauntings are so common that it’s impossible to dismiss them as untrue. But why would the ghosts of pets stay around? Why haven’t they gone off to pet heaven, or wherever else they end up? Some theories are that the animal spirit is so attached to their owner they don’t even realize they have passed. Others say the pet stays around to protect their family. Or maybe, as in the case of two of the stories above, the creature is attached to its home and simply doesn’t leave. 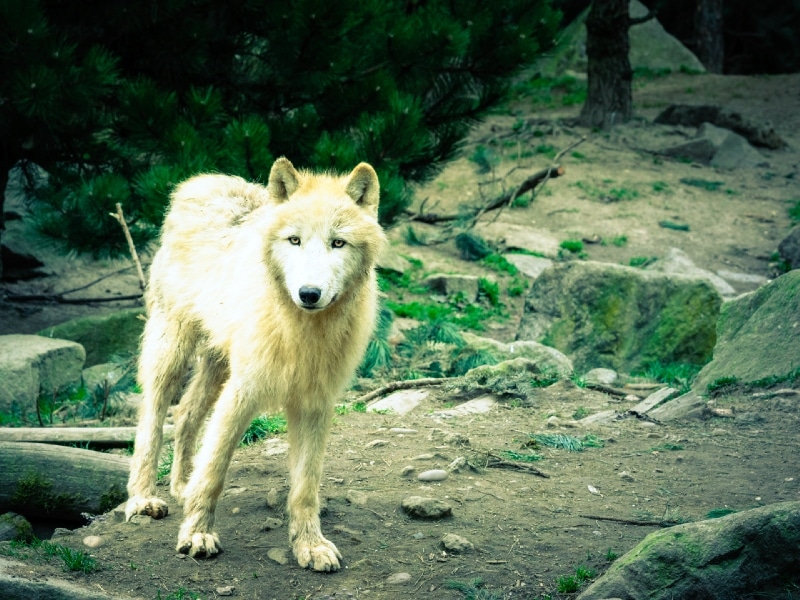 Not All Animal Hauntings are Pets

Jamie was hiking with a group of friends when he became separated while they were descending a rugged trail. He completely lost contact with his companions; he couldn’t hear them or see them. He began to panic, not even sure if he was following the right trail. As he tried to find them he was concerned that the light was starting to fade; he should have made it down the mountain at least half an hour earlier. Then out of the corner of his eye, he noticed what looked like a white dog standing on a parallel trail. The dog disappeared so Jamie climbed over to where he’d seen it. He glimpsed the animal further down the path and realized by the way it moved it wasn’t a dog at all, it was a wolf. He says for some reason he wasn’t afraid of it; he was more afraid of being left behind. So he continued down the trail, following the creature. Within fifteen minutes the wolf melted into the undergrowth and Jamie emerged from the bushes right by the group’s hotel. Jamie is convinced that the wolf saved him from a frightening night alone on the mountain.

What do you think? Have you ever been haunted by the ghost of a pet?

Anecdotes courtesy of Your Ghost Stories. Names and some details changed to preserve anonymity.